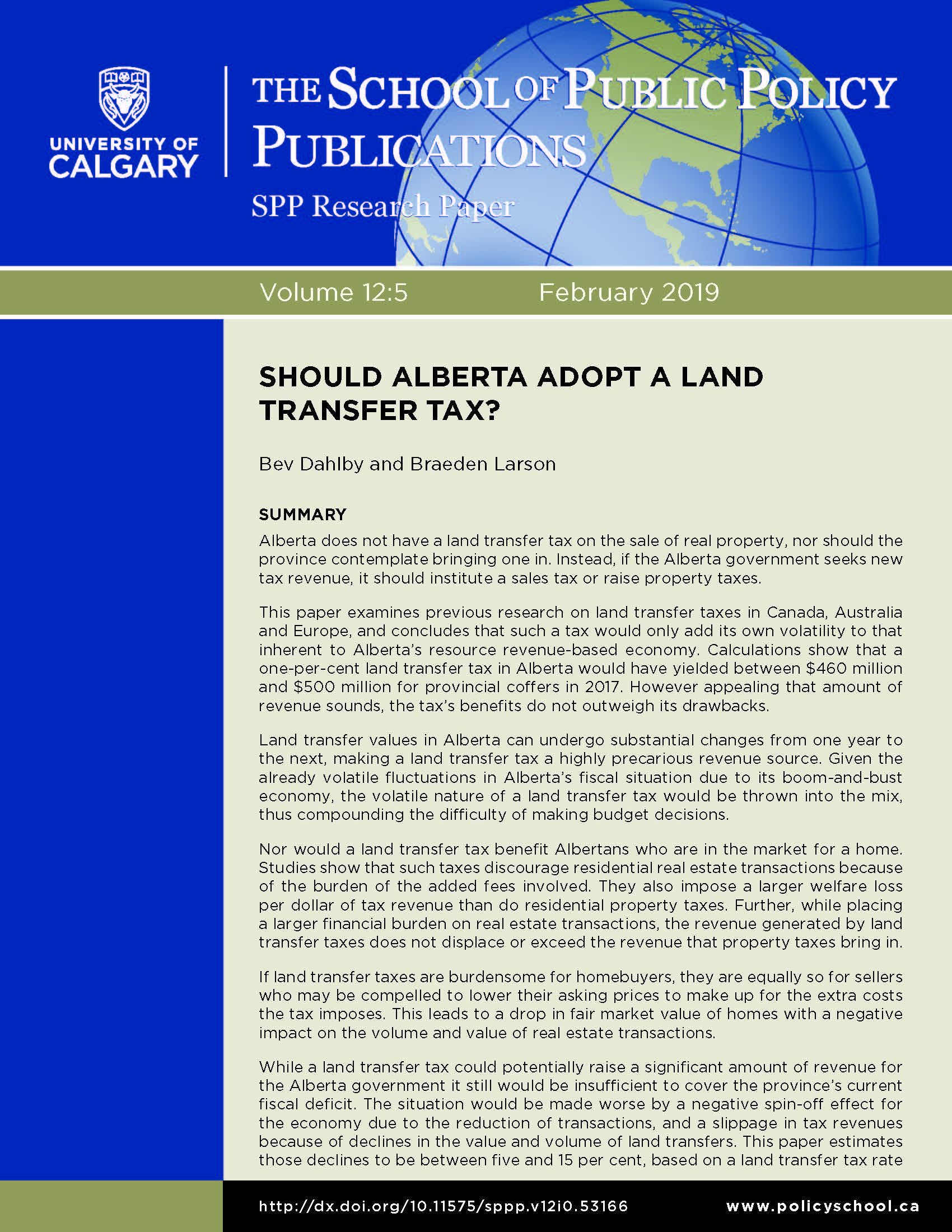 Should Alberta Adopt a Land Transfer Tax?
By: University of Calgary, The School of Public Polic
Grant Number: 2017-13

Alberta does not have a land transfer tax on the sale of real property, nor should the province contemplate bringing one in. Instead, if the Alberta government seeks new tax revenue, it should institute a sales tax or raise property taxes.

This paper examines previous research on land transfer taxes in Canada, Australia and Europe, and concludes that such a tax would only add its own volatility to that inherent to Alberta’s resource revenue-based economy. Calculations show that a one-per-cent land transfer tax in Alberta would have yielded between $460 million and $500 million for provincial coffers in 2017. However appealing that amount of revenue sounds, the tax’s benefits do not outweigh its drawbacks.

Advancements in Irrigation Agriculture with Implications for Economic Development...
Scroll to top