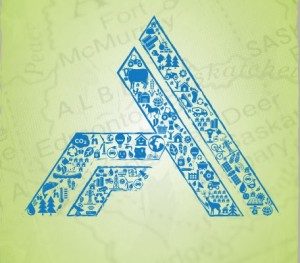 For Immediate Release, Calgary – Alberta’s deficit is high and might be growing. There are two solutions to fix that – either cut spending or raise new revenue.  The School of Public Policy has launched the Alberta’s Fiscal Future program to study various options for getting us back on track.

As part of that program, The School is looking at various tax revenue options. One is a tax used by BC and Ontario.  It’s the Land Transfer Tax.  That’s a tax on the sale of property.  That tax is generating a lot of revenue in BC and Ontario.  So, should we consider it in Alberta?

The answer is a definitive “no” according to noted tax expert Prof. Bev Dahlby and his co-author Braeden Larson.

This paper examines previous research on land transfer taxes in Canada, Australia and Europe, and concludes that such a tax would only add more volatility to Alberta’s resource revenue-based economy. A one-per-cent land transfer tax in Alberta would have yielded between $460 million and $500 million for provincial coﬀers in 2017. However appealing that amount of revenue sounds, the tax benefits do not outweigh the drawbacks. Land transfer values in Alberta can undergo substantial change from one year to the next, making a land transfer tax a highly precarious revenue source. Nor would a land transfer tax benefit Albertans who are in the market for a home. Studies show that such taxes discourage residential real estate transactions. If land transfer taxes are burdensome for homebuyers, they are equally so for sellers who may be compelled to lower their asking prices to make up for the extra costs. This leads to a drop in fair market value of homes with a negative impact on the volume and value of real estate transactions.

According to Dahlby, “While a land transfer tax could potentially raise a significant amount of revenue for the Alberta government it still would be insufficient to cover the province’s current fiscal deficit. The situation would be made worse by a negative spin-oﬀ eﬀect for the economy due to the reduction of transactions, and a slippage in tax revenues because of declines in the value and volume of land transfers. This paper estimates those declines to be between five and 15 per cent.”

If tax reform is needed to re-align the revenue/expenditure formula for Alberta, a sales tax is preferable to a land transfer tax.

The paper can be downloaded on from The School of Public Policy’s website.