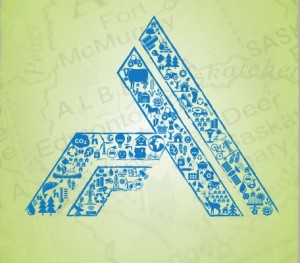 Canmore, AB – A new poll being released today by the Yellowstone to Yukon Conservation Initiative (Y2Y) highlights the strong relationship Metro Edmonton residents, and those living in Clearwater County, have with their headwaters.

The Bighorn is a region of mountains, foothills and boreal woodlands found on the eastern border of Banff and Jasper National Parks, west of Rocky Mountain House. “The North Saskatchewan River starts in Banff National Park,” says Stephen Legault, Y2Y Program Director for the Crown, Alberta and NWT, “but the Bighorn is where it gets almost all its water from. Bighorn water finds its way into every tap in the Capital Region. Taking care of those headwaters means clean water for all Edmonton and area residents.”

In a poll conducted in late September and early October for the conservation group, researcher eNRG found that 83% of Edmonton residents are in favour of protecting the Bighorn region. 77% said that where commercial use of public land like the Bighorn could have a negative impact on wildlife habitat or water that it should not be allowed. Furthermore, when asked how they would like to see the Bighorn area managed, 79% said that they would like to see sensitive wildlife habitat protected and for other areas to allow non-motorized recreation. Nearly 7 in 10 Metro Edmonton residents knew that their water came from the North Saskatchewan River.

“There is strong support for the protection of Edmonton’s water source,” says Legault. “People in the region feel very strongly that ensuring they have a clean, clear water is important, and favour protecting that water source for future generations.”

In the same poll, 88% of residents in Drayton Valley, Rocky Mountain House, Nordegg and rural Clearwater County favour protecting the environment of the region. 79% said that where commercial use of public land like the Bighorn could have a negative impact on wildlife habitat or water that it should not be allowed. 68% of residents of the region favour protecting the Bighorn as a wildland park.

“The Bighorn is the closest mountain region to Edmonton,” says Dr. Hilary Young, Y2Y Program Coordinator for Alberta. “Calgarians have Kananaskis Country, and a lot of that is protected for headwater conservation and recreation. Edmonton deserves the same opportunity. We believe that for Edmonton to be able to count on the Bighorn as a source for clean, clear water in the future, the region should be protected with a core wildland park and a series of provincial parks and public land use zones.”

“Most local residents and property owners strongly favour protection of the Bighorn” says Nordegg business owner and resident Marla Zapach. “Protecting the Bighorn will bring new economic opportunities. Creating parks is a form of economic stimulus and would encourage the development of more businesses in and for the community. This is something local residents support.”

The poll was conducted by Edmonton-based eNRG for the Yellowstone to Yukon Conservation Initiative. 400 residents of metro-Edmonton and 200 residents of rural areas east of Edmonton (in the North Saskatchewan watershed) were polled. The results are valid +/- 4.8%, 19 times of out 20 for the Edmonton sample and +/- 8% for the Clearwater County sample.

To learn more about how Y2Y is protecting Alberta Headwaters visit their website here.

New U of L study finds water issues a major concern of housing developers in...