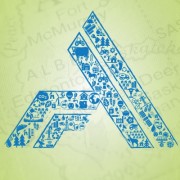 The Alberta Real Estate Foundation is pleased to announce that Ms. Amelia Martin has been appointed as the Executive Director of the Centre for Public Legal Education Alberta (CPLEA).

Ms. Martin joined CPLEA in January 2015 as the public legal education lawyer after leaving private practice in Calgary. While obtaining her law degree at the University of Ottawa, she was selected to be one of the Dean’s Legal Research and Writing Fellows and was involved in teaching the legal research and writing class. As a caseworker at the University’s Community Legal Clinic, she assisted vulnerable clients who were experiencing housing issues or facing criminal charges. She also worked closely with the Centre for Equality Rights in Accommodation and contributed to a report for the United Nations titled Forced Evictions: Global Crisis, Global Solutions.

The Alberta Real Estate Foundation has been a proud supporter of CPLEA for 15 years and are looking forward to working with Ms. Martin in her role as Executive Director.

The CPLEA’s mission is to enhance the accessibility and quality of justice realized in Canada. It addresses its mission by creating learning opportunities and building learning communities that facilitate the creation, management, exchange, and integration of knowledge among people within the justice system and between them and the general public.

The Alberta Real Estate Foundation is currently providing funding to CPLEA’s Condo Law for Albertans project which you can learn more about on our website: Phase One and Phase Two.